The commitment of the Institut de Ciències del Mar (ICM) towards gender equality, led by the Equality Task Force since 2017, has made it possible to create an environment that is increasingly sensitive to the principle of equal treatment and opportunities between women and men at the centre. This work has received a major impulse by obtaining funding from two European Horizon 2020 projects, Leading Towards Sustainable Gender Equality Plans in research performing organisations (LeTSGEPs) and RESponsible research and innovation grounding practices in BIOSciencies (ResBIOS). It is within the framework of the LeTSGEPs project that the ICM has developed its first Gender Equality Plan (GEP).

The Plan responds to the current regulations on equality among public administrations and research centres, is aligned with the European Commission’s Horizon 2020 guidelines regarding the integration of the gender dimension in research and is under the framework of the CSIC’s II Equality Plan.

Prior to the design of the Plan, a diagnosis was carried out to establish the specific reality of women and men regarding equal treatment and opportunities, as well as to identify the inequality gaps and the factors that produce them. The diagnosis has led to an awareness of situations of inequality and discrimination based on gender, as well as the possibility of making informed decisions to reverse this situation. The results of the diagnosis, the current legal framework, the Guidelines of the European Commission and the CSIC’s II Equality Plan, have been the basis on which the ICM’s Gender Equality Plan has been designed.

The Gender Equality Plan, which aims to promote a structural transformation that involves the adoption and institutionalization of gender equality as a cross-cutting principle of the ICM, is the result of the articulated efforts and consensus among multiple actors in the organisation and establishes a cross-cutting roadmap towards gender equality in the ICM.

To this end, the Plan prioritises 8 key fields of action, sets the objectives and concrete results to be achieved in each of them, and establishes the measures and actions to be implemented to achieve them.

The Plan also allocates resources and assigns responsibilities, establishes the implementation schedule (to be implemented over the next 4 years, 2021-2024), and a monitoring and evaluation system based on gender-sensitive indicators.

The Plan is a living document that can be adapted to respond appropriately to new challenges and future contexts.

The diagnosis aimed to establish the specific reality among women and men in the ICM concerning equal treatment and opportunities, to identify possible inequalities and discrimination and to determine the factors or conditions that favour them.

Even though the distribution of the total workforce of the ICM shows an apparently balanced representation between women and men, there is an unequal presence of women and men in the different groups of staff. While the research staff is in parity (as a whole), the technical staff is feminised, with 69,7% of it being women, which illustrates the horizontal segregation among the staff groups.

Women’s careers are marked by vertical segregation. While in the pre- and post-doctoral stages the presence of women and men is balanced, women become less present in upper levels of the career ladder. This is the “scissors effect” in research careers: the higher the category, the lower participation of women. 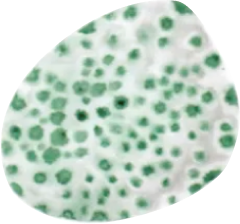 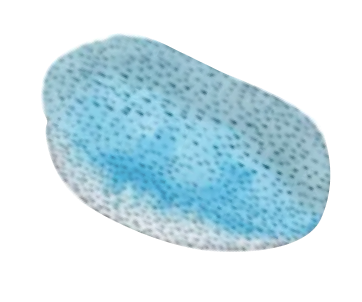 There is a significant imbalance between the different research groups, of which only 21,4% have female group leader (3 out of 14), but in which women make up 44,8% of the members (grades A, B and C**).

The ICM has four Task Forces and three Committees, each of them with specific actions or goals. All committees and working groups are feminised, except for the Scientific Strategy group. This feminisation is even more remarkable given the voluntary nature of the work carried out. This is the so-called “academic housekeeping”, i.e., time spent caring for the “community”.

* The Diagnosis has considered the last four years (2016-2019) as the main reference period and, annually, the 31st of December as the cut-off date.

** This classification refers to the one used in the European Commission’s She figures, (available here), with the following matches for equivalent grades in Spain: Grade A corresponds to the scale of research professors of OPIs. Grade B, scale of scientific research staff in OPIs, scale of tenured scientific staff in OPIs, distinguished research staff, and staff with a contract from the “Ramón y Cajal” Programme. Grade C (first post-doctoral stage) personnel with a contract from the “Juan de la Cierva” Programme, work and service in charge of research projects. Grade D (pre-doctoral stage) is equivalent to research personnel in training (FPI, FPU and other pre-doctoral contracts from competitive calls).

To achieve true gender equality in ICM, structural, sustainable, and permanent change must be firm and visible in all institutional regulations, processes, and practices. We do not wish to merely appear to be. We really want to be.

Overall objective and fields of action

The overall objective of the GEP is: To promote a structural transformation leading to the adoption and embedment of gender equality as a cross-cutting principle of the ICM.

To fulfil these objectives, 14 measures have been designed. Key elements of each measure are detailed.